A Sample of the British Revival of Stained Glass 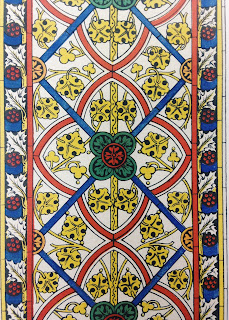 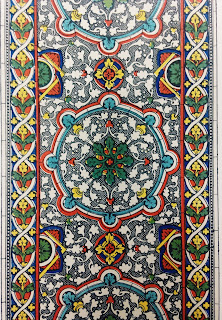 The great period of English stained glass manufacturing occurred approximately from 1100 until 1500, at which point Henry VIII’s Dissolution of the Monasteries and general displeasure with the Catholic Church, along with the rising iconoclasm of Puritans, obliterated the industry. For the next three hundred years, the few “stained glass” windows that were produced consisted simply of plain painted glass. However, around 1811 Britain experienced a revival of the ancient method, leading to an enormous boom of commercial stained glass in the 1830s. Inspired by the surviving medieval windows at locations like the Canterbury Cathedral and York Minster, both private artists and designers for mass production used new technologies and techniques to remaster the art’s precision and romance. 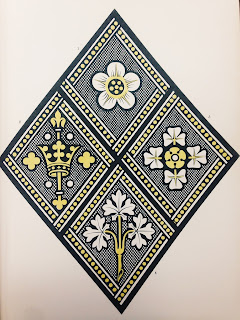 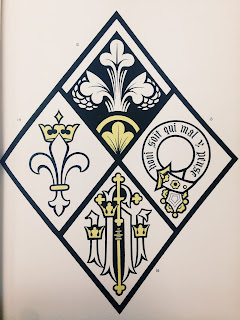 Church Windows is a sample book from the height of this era and was published by one of the leading glass manufacturers of the time, Chance Brothers Company. Chance Brothers was particularly known for its technological advances, which included Fresnel lenses and rotating optics for lighthouses, the development of rolled-plate glass, and the successful production of very long pieces of window glass. The latter of these contributions won the firm a contract to glaze the Crystal Palace during its construction for the Great Exhibition of 1851. 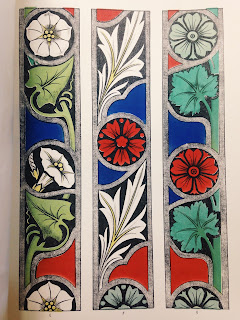 This sample book offers a unique perspective on the company’s stylistic endeavors, led by Sebastian Evans. Evans was a man of many talents. From 1855 to 1857, he acted as the secretary of the Indian Reform Association, and was the first man in England to receive news of the Indian Rebellion of 1857. From there, he became the manager for the art department at Chance Brothers. After ten years and many windows, he became editor of the Birmingham Daily Gazette. In 1870 he pursued a legal career, and after being called to the bar in 1873, split his time between his practice and the articles and stories he contributed to The Observer and Macmillan’s and Longman’s magazines. 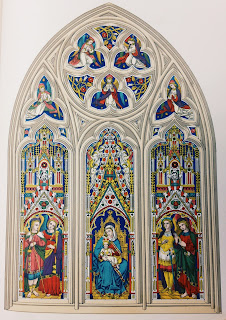 Evans mingled with the literati of the mid- to late-Victorian period, and became a close friend of Edward Burne-Jones. His window designs evoke the same senses of nostalgia and fantasy as Burne-Jones’s illustrations. The flowers, vines, and crosses that adorn his windows and his affinity for ornate patterns evoke the medieval and classical luxury and mythology of other Victorian artists like William Morris and Dante Rossetti. Each design is colored with a sample palette, and in his introduction to the book Evans welcomes “modifications” of both form and color “to suit particular cases.” The first twenty designs are devoted to small patterns—quarries and borders—which, in the final handful of plates, are contextualized in complete windows reproduced in small scale. In this manner, Church Windows pleasingly and skillfully guides its reader through the creation of a full window, from its smallest details to its overall design.