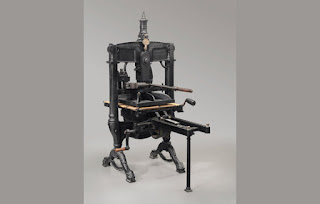 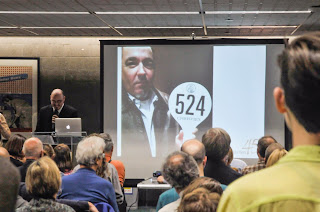 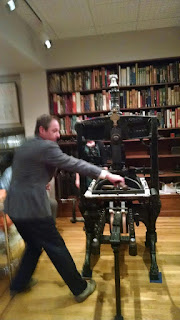 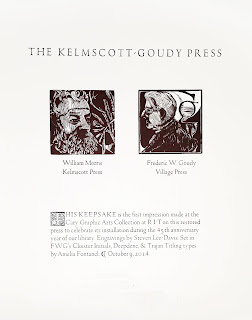 I was able to print a couple of broadsides for myself, and in the process of pulling the bar on the old Albion, I became a momentary part of this great press’s ongoing history.
Posted by Phil Salmon at 11:11 AM No comments: