Unfolding Early Education and the Practice of Play 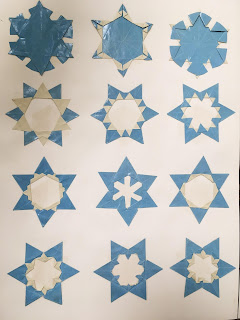 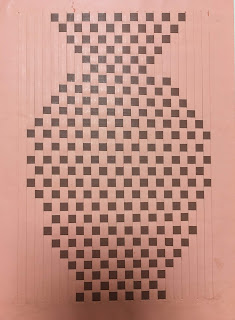 In the early nineteenth century, Friedrich Fröbel proposed the radical notion that education, and early education in particular, was a creative process, and that before setting foot in a customary schoolroom, children ought to be grounded in self-expression and playfulness. The reality of the proposition was the establishment of the kindergarten system and Fröbel’s “gifts” and “occupations”. His gifts consisted of physical implements, such as wood blocks and yarn, which students could manipulate and mutate. His occupations required slightly more craftsmanship, involving the cutting, folding, and pricking of paper and advancing through a series of skills including embroidery and weaving. Both the gifts and the occupations offered avenues for play in tandem with tasks to be mastered, wherein students received the rewards of their own creativity. 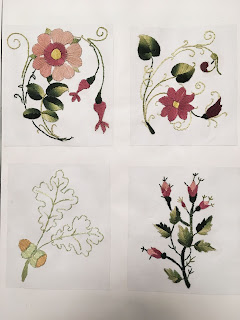 Fröbel viewed the various paper techniques as the foundation of the other occupations. In his own autobiographical reflections, he asked of himself “‘What did you do as a boy? What happened to you to satisfy that need of yours for something to do and to express? By what, at the same period of your life, was this need most fully met, or what did you then most desire for this purpose?’” (Autobiography 75). Fröbel’s personal answer, the creation of forms out of paper, fulfilled his and his students’ need to derive “precise, clear, and many-sided results due to [their] own creative power” (Autobiography 76). This activity concretely connected the student to Nature, such that the student could mirror Nature’s creative powers and in so doing find a greater sense of belonging, enterprise, and wisdom. The folding of paper also offered a tangible basis for abstract mathematical and logical concepts. A child would make “progressive experiments which teach it by experience” (Reminiscences 71). Such experimentation was, in Fröbel’s words, the means by which “unconsciousness is raised to consciousness” (Reminiscences 73). His gifts and occupations worked to prompt the child to the nature of work and introduced them through playful and practical means to the abstract notions of the gathering and employment of knowledge.

During his lifetime, Fröbel’s ideas progressed throughout Germany and the Netherlands, gathering the support of several royal proponents, such as the Baroness Bertha Marie von Marenholtz-Bülow and the Duke of Meiningen. Unfortunately, just before his death the Prussian government banned Fröbel’s practices, citing them as “atheistic and demagogic”. Though the ban was more the result of a confusion of names – Fröbel’s nephew had published an unwelcome pamphlet on the education of women – the damage deterred the growth of kindergarten education in Europe for fifteen years. Fröbel’s legacy instead grew in the United States, where his former pupil, Margarethe Schurz, founded in 1856 the first American kindergarten and later inspired the educational reformers Elizabeth Peabody and Lucy Wheelock. Fröbel occupations became particularly popular in the Midwest, as exhibited by the two volumes pictured. Students would compile albums of their work as a means to track their competencies and display their creativity. Whereas the “Weaving” album shows a single skill improved over time, the “Fröbel-Album” evinces a steady progression through a variety of tasks completed with increasing skill. 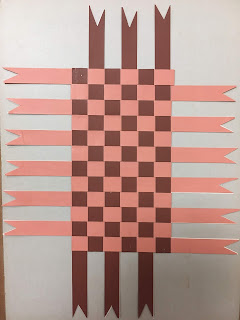 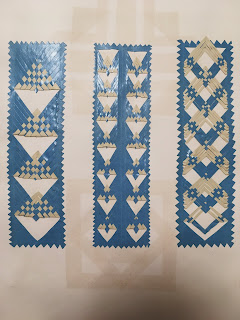 These and other albums like them, in their invitation to create something out of nothing and to repurpose common materials new fashions, served as an inspiration for later abstract artistic movements. The Bauhaus school took particular cues from Fröbel; Walter Gropius designed the Friedrich Fröbel Haus in his honor (the building was never completed, but building plans can be viewed here). Frank Lloyd Wright also noted Fröbel as a key influence, stating that his early interactions building and rebuilding with a set of Fröbel gifts taught him the basic elements of geometry and structure (Alofsin 359). Fröbel has made more indirect impressions elsewhere in the creation and perpetuation of toys and educational materials that encourage expression through manipulation, such as LEGO blocks and Montessori sensorial materials.

Marenholtz-Bülow, Baroness B. von. Reminiscences of Friedrich Froebel. Translated by Mary Mann. (Boston: Lee and Shepard, 1889).
Posted by Meredith at 11:00 AM No comments: