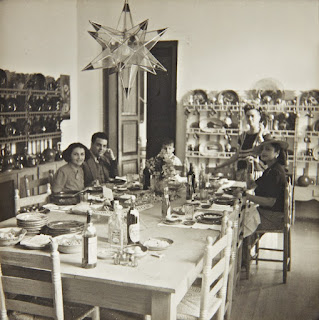 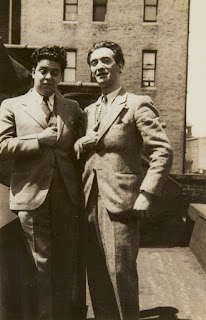 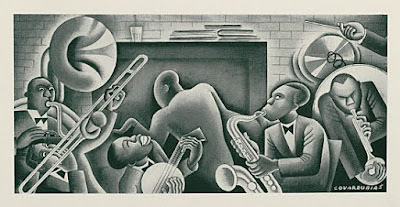 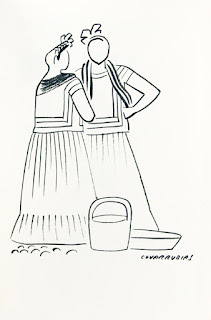 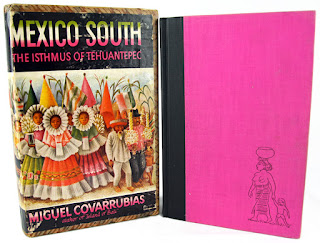 Some Safe Harbor: WWII Logbooks from the South Pacific

From 1941 to 1943, Lorain Roswell Snyder, Seaman First Class, traveled throughout the Pacific, winding his way north from the Galapagos Islands, towards the South Pacific, and up to Alaska aboard the U.S.S. Richmond (CL-9). In those years, Snyder, nicknamed “Doc”, recorded not only his activities and the adventures the Richmond encountered, but also cataloged the duties accorded to his role as a gunner’s mate, drew equipment, maps, tattoos, and flags in astonishing detail, and offered his own insights into wartime events like the bombing of Pearl Harbor (“War!!!/Oh my! Well here's what we've been waiting for ... Arizona and Oklahoma got it bad!”). He encapsulated this life at sea, with all the specifics of its vessels and the mercuriality of its personalities and its bureaucracy, in four log books, presented here.

All commissioned naval vessels maintain log books, called deck logs, handwritten or typed by the officers on board. These are held as permanent records by the Navy, and eventually by the National Archives. The Archives’ collection spans the Revolutionary War, their earliest item being a photostatic copy of the log for the Continental Schooner WASP, through Vietnam. A certain number, listed by ship name, have been digitized, including the logs for the Richmond. Snyder’s name does not appear in the logs because he was not a commissioned officer, but the coordinates match - both Snyder’s and the official logs place the Richmond in the South Pacific in May 1942, for example, as well as being off the coast of Siberia for the Battle of the Komandorski Islands a year later. 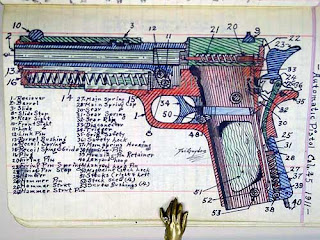 But the deck logs make no mention of the life of an enlisted man, or anyone else for that matter, other than the arrivals and departures of various seamen, and the occasional relegation of an insolent sailor to the brig. Snyder’s accounts, then, provide a unique and eclectic view, a log crafted for the sake of self-expression, accountability, and education. Two logs document Snyder’s on-board studies to become a gunner’s mate third-class and second-class. His assignments ranged from the proper use and storage of ammunition, the parts of various weapons (Snyder’s artistic acumen is on display in his depictions of a .45 caliber automatic pistol, a gun mount, a flare gun, and other equipment), storm warning signals, and mathematical equations. At the rear of these coursebooks, which function nearly as manuals, Snyder, with characteristic precision, indexed morse code, semaphore, alphabetical and numerical flags, pipe markings, and national symbols. 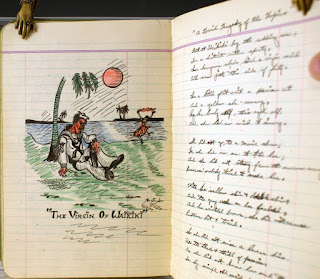 The technical knowledge of these logs imbues the other two with a backbone of seriousness, even as Snyder rolls his eyes at some men who “just can’t be satisfied with enough” while he is “just taking life easy”. These books, which function as daily diaries, were addressed at the outset to Snyder’s parents, a statement only preceded by the ship’s seal and an account of its destinations from 1939 to 1942. Albeit unintentional, these two introductory elements highlight the personality and enthusiasm of Snyder’s accounts, and of Snyder himself. He expressed wonder at aerial warfare, glib boredom or approval of daily duties, fear at the scattered battles that the U.S.S. Richmond comes across, and joy at familiar sights. Outside of these regular reports, Snyder also drew a map of the Pacific, tracking the Richmond’s course alongside major altercations between the Japanese and the Allies, and penned a humorous poem entitled “A Torrid Tale of the Tropics” about a hapless lover on Waikiki.

At the heart of Snyder’s logbooks lies a love of storytelling and a weather eye toward a safe port. Snyder’s final proclamation - “Home!” - promises pride and relief, satisfaction and adventure.