March 26 marks the birthday of the poet Robert Frost. Though born in San Francisco, Frost spent most of his life in New England, teaching and writing. He won four Pulitzer Prizes, and in 1960, he was awarded the Congressional Gold Medal. He would have been 139 today, and to celebrate the anniversary of his birth, we are highlighting a manuscript poem he gave away as a gift. 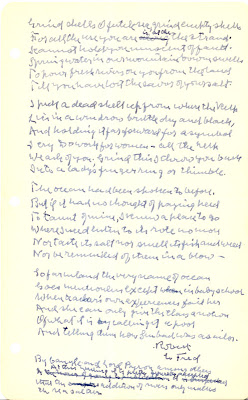 Frost kept manuscripts of his writing in a three-ring binder, and he was known to give manuscript pages away to his friends. One such gift was the two-page manuscript for his poem "Does No One but Me at All Ever Feel This Way in the Least," which he presented to Frederick B. Adams, Jr. with the inscription "Robert to Fred." Adams was a life-long bibliophile, who served as director of the Pierpont Morgan Library from 1948 to 1969. He began collecting books while still in college, and he eventually built one of the foremost collections of works by Frost. 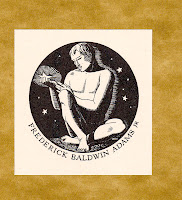 This particular poem first appeared as Frost’s Christmas greeting for 1952, though it was not actually released until July 4, 1953; it was later published in Frost’s last collection, In the Clearing. Adams’s label on the front cover of his archival folder dates this manuscript to November 1952, and it is apparent that Frost was still revising the poem when he presented these leaves to Adams. For example, line 3 in the manuscript reads: “That was to make the New World newly great”; in the published version, this was changed to “That should have made the New World newly great,” removing at once the undertone of potentiality in Frost’s stanza about the original settling of North America and replacing it with something more ironic. There are other stylistic variations throughout, as well as a number of obvious revisions.

The ironic tone is appropriate, as the poem is both a meditation on Frost's naturalistic outlook and a subtle jab at what he perceived as the regressive nature of America in particular. The sea, Frost tells us, is heedless of our attempts to minimize it -- we are the nursery-school teacher in his last stanza, whose "own experiences fail her," forcing her to liken the ocean to a pool, and telling her charges "that Sinbad was a sailor." Looking at this poem carefully, one understands why Frost waited until the 4th of July to release it to the world.

Throughout his career, Robert Frost reminded us that we were charged with making our way in an indifferent world, but he couched this in language that made it feel less a burden and more a gift we didn't know we needed.

Posted by Meredith at 1:40 PM No comments:

Update on Bromer Booksellers in Japan 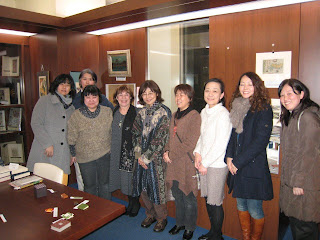 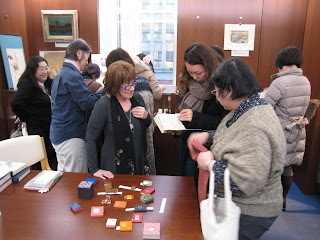 However, Bromer Booksellers has become the newest exhibiting dealer at the WABP, joining twenty-two other book dealers from around the world in displaying items from our stock in Tokyo. Twenty miniature books will remain on display and will be part of a permanent rotating group of books from Bromer Booksellers at the WABP.

If you are in Tokyo, we hope you will visit the World Antiquarian Book Plaza to see the broad selection of items on offer, including our miniature books.
Posted by Meredith at 11:44 AM No comments: 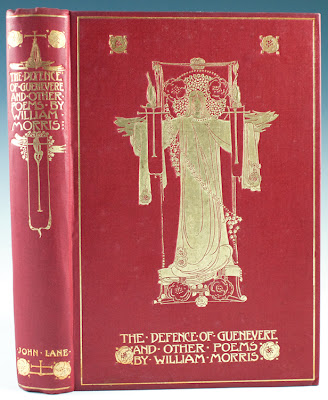 It recently came to our attention that this week is the anniversary of the birthdays of both William Morris (March 24) and Jessie M. King (March 20), the artistic minds behind the lovely John Lane edition of The Defence of Guenevere, published in 1904. The text was written by Morris and first published in 1858, with later editions appearing, including a revised edition published in 1892 by Morris' Kelmscott Press.

The 1904 John Lane edition features twenty-four full-page illustrations and numerous decorations finely drawn by King. The binding, in gilt-decorated dark red cloth, was also designed by King and shows a pictorial gilt-stamped design of a resplendent Guenevere. The black and white illustrations and cover are in the "Glasgow Style," Scotland's Art Nouveau movement, characterized by the influences of Celtic imagery, Japanese prints, and the work of William Morris himself.

For more on King and her exquisite illustrations, see the excellent University of St. Andrews Special Collections blog post on The Defence of Guenevere, and please join us in celebrating these two important artists on the anniversary of their birth.
Posted by Meredith at 11:41 AM No comments: