Langston Hughes: In His Own Words 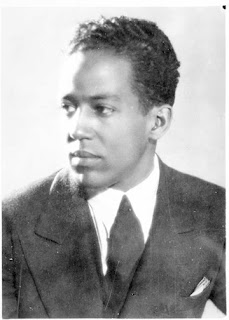 We wanted to close Black History Month by celebrating one of the great figures in contemporary African American history: Langston Hughes (1902-1967). Hughes was a writer, poet, and social activist who became the voice of the Harlem Renaissance. He was born in the Midwest, and he lived there until he moved to New York City when he was 19 to attend Columbia College. He became deeply involved in the arts scene in Harlem, and he got to know many of the prominent writers, musicians, and artists, including Countee Cullen, Aaron Douglas, W.E.B. DuBois, Zora Heale Hurston, Louis Armstrong and Cora La Redd. Hughes left Columbia College in 1922 due to racial prejudice but stayed in Harlem, where he soon started publishing his poetry in Crisis and Opportunity magazines. 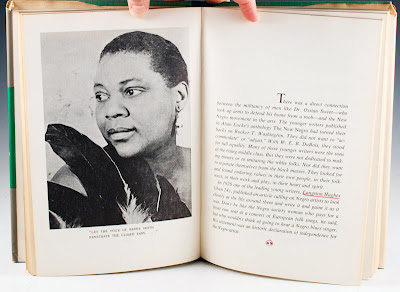 Through his writing, Hughes sought to represent African American life and culture as unique and valuable in its own right and not in need of change to imitate white culture. He wrote:


But in spite of the Nordicized Negro intelligentsia and the desires of some white editors we have an honest American Negro literature already with us. Now I await the rise of the Negro theater. Our folk music, having achieved world-wide fame, offers itself to the genius of the great individual American Negro composer who is to come. And within the next decade I expect to see the work of a growing school of colored artists who paint and model the beauty of dark faces and create with new technique the expressions of their own soul-world. And the Negro dancers who will dance like flame and the singers who will continue to carry our songs to all who listen -- they will be with us in even greater numbers tomorrow. (71)

He went on to issue a "declaration of independence" for African American artists, saying, "We younger Negro artists who create now intend to express our individual dark-skinned selves without fear or shame. If white people are pleased we are glad. If they are not, it doesn't matter. We know we are beautiful. And ugly too" (73). Later in his life, this ardent support of African American culture would earn him the informal title "Poet Laureate of the Negro Race." 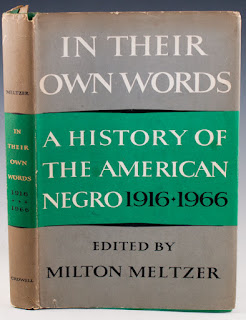 In 1956, Hughes co-wrote A Pictorial History of the Negro in America with Milton Meltzer. This was Meltzer's first book, having previously worked in broadcasting and public relations. As a result of their collaboration, the two became friends, and Meltzer wrote a biography of Hughes, published in 1968, which was a National Book Award finalist. Meltzer went on to write over 110 books on history for adults and children, most focusing on social justice, and won numerous awards for his writing, including the American Library Association’s Laura Ingalls Wilder Award and the Catholic Library Association’s Regina Medal.

In 1964, Meltzer started a series of three books that revealed African American history through "letters, memoirs, autobiographies, articles, editorials, interviews, affidavits, eyewitness accounts, and testimony given at public hearings" (v). The series was called In Their Own Words: A History of the American Negro, and each volume covered a different period of time. The final volume focused on the years 1916 through 1966, and it contained two excerpts from essays by Hughes. 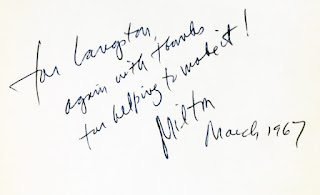 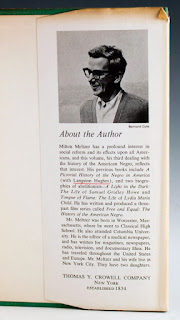 As a thank you to Hughes for giving permission to use his writings, Meltzer inscribed a first edition copy of the book to him on March 1967, writing, "For Langston, again with thanks for helping to make it! Milton." Hughes went on to underline his own name in red throughout the book, finding it in the acknowledgements, on the contents page, in the section introductions, reading list, jacket blurb, and index, in addition to his two contributions themselves. These lines were made two months before Hughes' death of complications after abdominal surgery related to prostate cancer on May 22, 1967. The perfectly straight red lines reveal something of the man who had seen his own mortality, but even without the words that had made him so famous, the lines also show a man who was viewing his legacy and the great contributions he had made to African American history and culture.

For more information about our copy of In Their Own Words: A History of the American Negro, 1916-1966, please visit our website. We thank you for reading, and wish you all the best on this last day of Black History Month.
Posted by Meredith at 4:03 PM