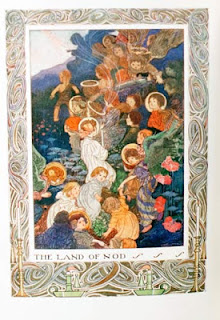 As we make our way through our reading life, we encounter poetry in many forms, from simple nursery rhymes to the verses we memorized because they spoke to us in some profound way. In our latest e-catalogue, we are highlighting examples of the many ways a poem tells itself.

Simple verses for youthful ears is best exemplified by Robert Louis Stevenson, an edition of whose A Child's Garden of Verses can be found among the 36 works on offer. It is from Stevenson that we have come to refer to sleep as "The Land of Nod" and who memorably personified the "little shadow that goes in and out with me." But as Lewis Carroll showed, verses need not be simple -- or have many recognizable words -- to resonate with a young audience. As a nonsense poem, The Hunting of the Snark carries forward some of the language and figures from the many memorable poems in Alice in Wonderland -- going so far as to reuse portions of "Jabberwocky" in the Preface. 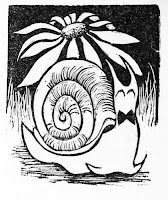 Format also influences the way in which poetry exerts its expressive influence. Consider, for instance, the planning that is evident in Carol Blinn's Blue Water, Yellow Balls: this visual and verbal homage to David Hockney is accompanied by eleven drafts of the poem that her original watercolor image inspired. Similarly, we learn that Leonard Baskin selected Tennyson's poem about Tiresias after spending time exploring the myth and creating the illustrations for what would become one of the Gehenna Press's most elegant books. There is gravitas, too, in the smallest books of verse: among the miniatures that can be found at the very end of the catalogue is an illustrated edition of the first English poem for children intended for sheer amusement, The Butterfly's Ball and the Grasshopper's Feast. 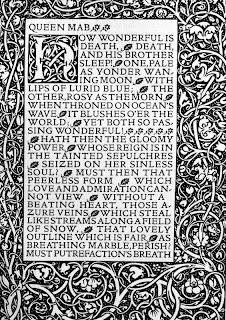 Where a poem brings its readers is of considerable importance. One of Frost's memorable lines about the mystery of composition speaks of his "initial delight...in the surprise of remembering something I didn't know I knew." We read poetry for similar reasons, which is why we remember such turns of phrase as "A Flask of Wine, a Book of Verse -- and Thou" from that paean to earthly pleasures, The Rubaiyat; why we sense a loss of great magnitude when Whitman speaks of a time "(w)hen lilacs last in the dooryard bloom'd"; and feel a frisson of mortality when Shelley speaks to us of "(t)wo vast and trunkless legs of stone" standing in the desert.

In poetry, form, format, and language combine to say something with resonance. We hope you find something here that resonates with you.
Posted by Meredith at 2:10 PM