Corrugations: Some Speculations on Australian Tin 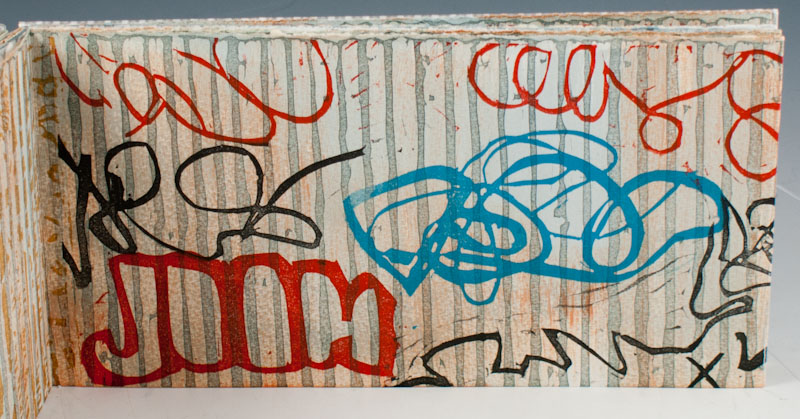 The artist's book is a thriving art form in Australia. While books most typically convey ideas through their text, artists' books express meaning through a combination of illustrations, typography, and the form of the book itself. In Corrugations, Australian artist Katie Clemson worked in collaboration with the poet Anne Bell to capture the essence of the land where she grew up and create a tribute to a material that has become a characteristic part of Australia's architectural landscape: corrugated iron. 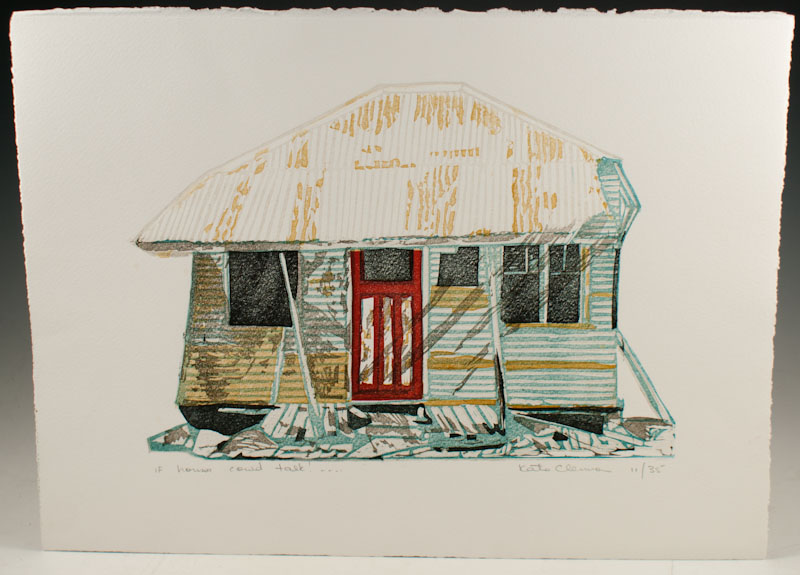 Utilitarian,
ubiquitous,
it transcends spaces;
dented by cricket balls in back yards everywhere,
rusted red as the sands of inland loneliness,
it flourishes alike in urban lanes
and the frayed edges of country towns.


Although corrugated iron was first invented in London in 1828, Clemson explains that it was quickly adopted in newly-settled Australia. The material's lightness, durability, and low cost made it the perfect building material for the colonists, who used it to build their own domestic and industrial structures, from farmyard sheds and silos to homes and churches. John Lysaght began manufacturing the material in Australia in 1857 and business quickly boomed. 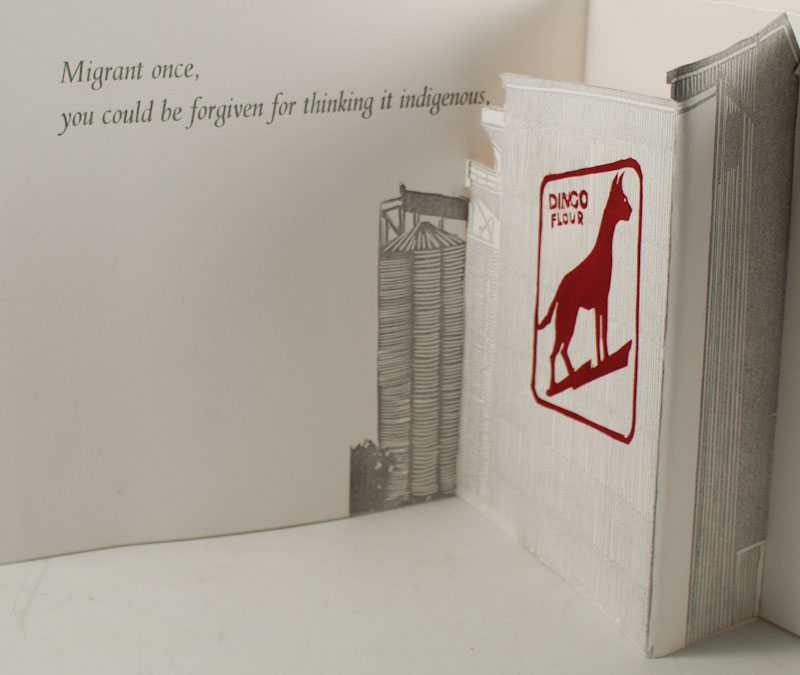 Corrugations is comprised of two accordion-fold volumes that can be opened in tandem or paged through separately. In the first volume, Clemson illustrates Bell's verses with linocuts of buildings and structures chosen from all over Western Australia to show the diversity and "quirkiness" of the material's applications.


Clemson was born in rural New South Wales and lived in both Australia and England. For the illustrations, she drew inspiration from the bright colors and sunlight of Australia and captures the look of buildings in the haze of heat, using pale yellows, blues, bright red, and shades of green. The book itself has an architectural quality as Clemson integrated pop-up elements into her linocuts. The peaks of steeples rise up from the page, and factory buildings take shape.

The smaller second volume folds out into a long corrugated iron fence, decorated with graffiti, business advertising, rust, and the patina of age. In the colophon, Clemson writes that "[The Lysaght firm's] claim that they could make a fence round Australia from one year's output of corrugated iron sheets was the inspiration behind the 'fence' book."

In the same way that the two volumes complement each other, Anne Bell's poetry perfectly corresponds with Clemson's illustrations, adding another dimension to the work. The contemplative, lyrical lines of her poem float across the page, italicized and printed in pale gray. Bell is also a native of Australia, and her poems often reflect on Australian themes. Her poetry has earned her the Henry Lawson Prize for Verse twice. According to the website of the Alembic Press, who published this book, "She writes with love about Australia with a keen sense of history, an eye for detail, and an ear for the music of the words."

These two volumes reveal the poetic side of this common building material and form a personal tribute to a land that both the poet and artist called home.
Posted by Jessica at 3:18 PM