In honor of the 2013 World Series win by the Boston Red Sox, which saw the Sox rise from last place to World Champion, the Museum of Fine Arts in Boston has on display Norman Rockwell's iconic painting "The Rookie." Completed in 1957, the work depicts the yearly rite of passage that incoming rookies experience when they first enter the locker room during training camp and walk past the veteran players to find their place, both in the locker room and on the team. The rookies hope to prove themselves so that they can eventually join the ranks of those veterans. It is the meeting point of the American dream and America's pastime. 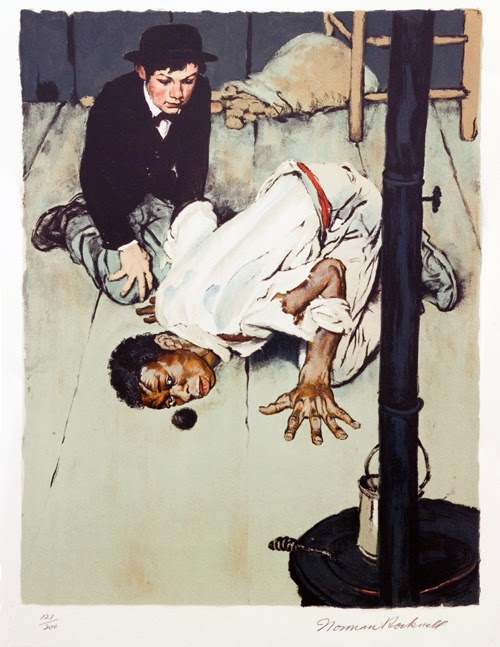 Twenty years before he completed "The Rookie," Rockwell worked on another American tale: The Adventures of Huckleberry Finn. He was commissioned to illustrate the 1940 Heritage Press edition of the Mark Twain classic in 1935, and from those eight paintings, a lithographed album was published in an edition of 200 copies in 1972. The lithographs in the portfolio are printed in full-color on handmade Velin d'Arches paper and signed by the artist in the lower right corner. 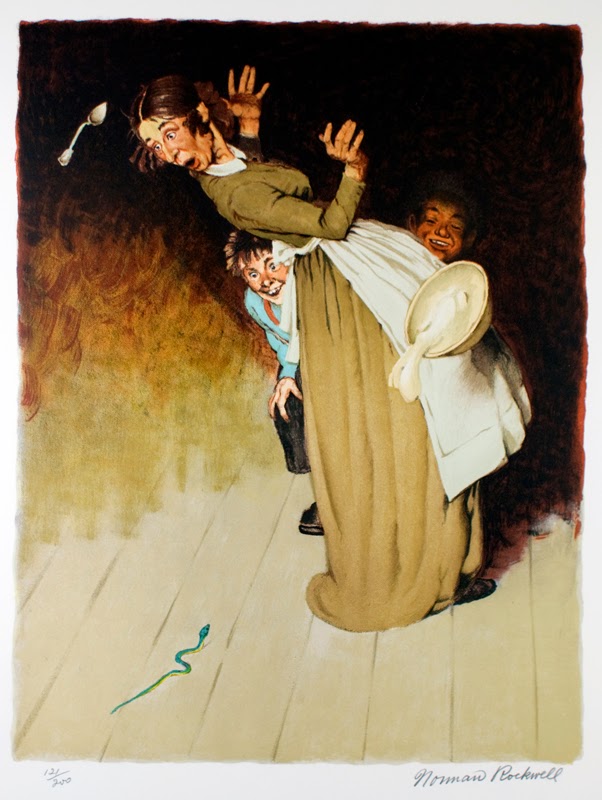 The scenes depicted are "Then Miss Watson took me in the closet and prayed"; "Jim got down on his knees"; "When I lit my candle"; "My hands shook"; "Your eyes is lookin'"; "Miss Mary Jane"; "Then for three minutes, or maybe four"; and "There warn't no harm in them." Considering the memorable scenes in Twain's novel, it is interesting that Rockwell chose to highlight moments of interaction that reveal the characters' emotions and personalities rather than showing the points of greatest action in the story. 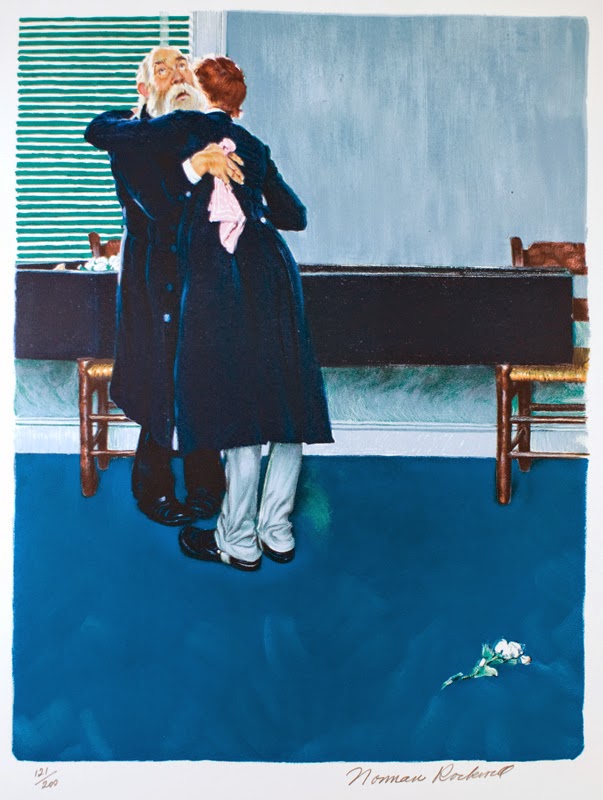 Perhaps it is because the artist's genius lay in his ability to portray an idealized vision of small-town America or because Rockwell had an admitted aversion to life's rougher, seedier aspects. Whatever the reason, he was able to portray the simplicity of life, even in a novel with a cast of characters that included murderers, swindlers, drunkards, and thieves. This suite of illustrations represents an essentially sympathetic depiction of the American experience and, like "The Rookie," shows the small, personal moments that unite humanity. 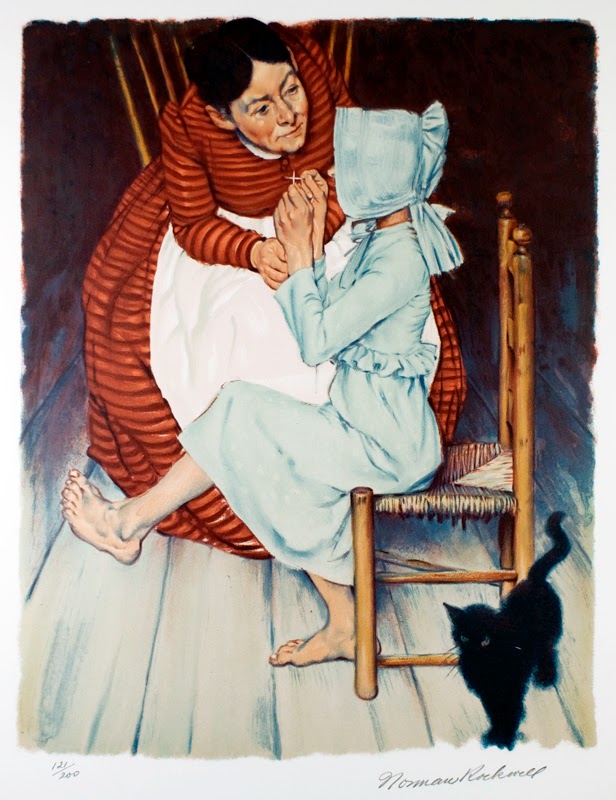 For more information about the portfolio, Huckleberry Finn. Eight Signed Color Lithographs Based Upon Incidents in the Mark Twain Novel, please visit our website, and as always, we thank you for reading.